This year Hispanic Heritage month began with an urgent humanitarian crisis, with our brothers and sisters from Puerto Rico, the Caribbean, Texas, California and Mexico enduring devastating deadly earthquakes, fires and hurricanes. It felt like Mother Earth was trying to send us a message. During these challenging times, I also witnessed some very memorable moments.

I found myself explaining the unique ties between Puerto Rico and the U.S. Puerto Rico as a U.S. territory. Puerto Rico was seceded to the U.S. by Spain in December 1898 as part of the Treaty of Paris, which ended the Spanish-American War. Barely a month before the United States entered World War I. President Woodrow Wilson signed the Jones-Shafroth act, granting U.S. citizenship to the inhabitants of Puerto Rico. The goal of granting citizenship was so that they could join the U.S. Army. As citizens of the United States, Puerto Ricans have participated in every major U.S. military engagement from World War I to the present.

Three few weeks after the hurricane, I went to Puerto Rico to deliver supplies and volunteer at Chef Jose Andres World Central Kitchen. On any given day, they made hot meals and prepared 14,000 to 36,000 sandwiches and paellas and delivered them to hospitals, senior centers and parts of the island that have very little access by roads.

As I was landing in Puerto Rico my heart sank. I feared what I was going to witness in my beloved island of Puerto Rico. But, what I found was the heart and soul of Puerto Ricans rising to the call. Although almost 90 percent of the island was without electricity and running water and many basic necessities, friends, neighbors and complete strangers raised to helped each other. I saw many angels all around…

Marisa Blake and sons, Cadence, and Asa during fundraiser in Asheville, NC.

• People gathered outside their homes with candle lights, sharing stories, singing and praying.
• First responders, military personnel and volunteers arrived ready to work hard in re-building Puerto Rico.
• Neighbors connected extension cords across the streets to share generator power.
• A humble home became the neighborhood kitchen, and the distribution place for the entire neighborhood.
• People shared the little that they had to assist others in greater need.
• Youth groups volunteered to deliver water bottles into extremely remote areas and fed the elderly in nursing homes.
• Medical doctors and nurses volunteered at all hours of the day and night.
• Gas lines, grocery store lines and bank lines filled with people patiently waiting for basic services.
• Little children running to gather supplies for their families.
• People crying at the airport as they said good-bye to their loved ones.
• I also witnessed the enormous mobilization of Puerto Ricans abroad, gathering supplies, raising funds and saying “Presente” to assist their brothers and sisters.

I left Puerto Rico with a grateful heart full of love and hope. Although it will take years to re-build and re-grow what hurricane Maria so ferociously destroyed, the essence, the soul and the Puerto Rican spirit only grew stronger, and more resilient than ever.

Just within my family from across the United States and Puerto Rico, I witnessed how each one offered what they could, using their talents and abilities. Fundraisers and water collections in NC, Go-Fund-Me’s in Pittsburg and D.C. Supply deliveries thru United Airlines, to Paella Cook off’s in California, and even a lemonade stand donation from my 10-year-old niece, Karina.

At the end of the day, we are all human beings in need of each other to survive. 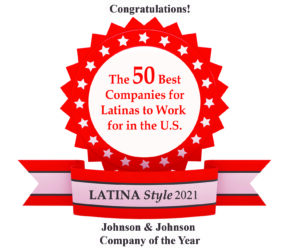