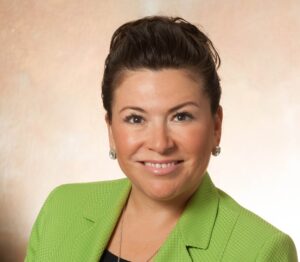 Luisa Casso has over 20 years of public affairs experience in the private, public and non-profit arenas. Ms. Casso is the manager of corporate communications for Toyota Motor North America, Inc. where she leads a dynamic team of professionals responsible for the external and internal communications for Toyota Texas.  In addition, the team oversees community, media, and the Visitor Experience Center. They are dedicated to advancing the workforce and education strategy to ultimately strengthen and uplift the Southside of San Antonio.

Prior to Toyota, Ms. Casso has served as chief of communications to Mayor Jim Baca in Albuquerque, New Mexico. As President, CEO of the Downtown Action Team she led a community driven, public-private partnership to revitalize Downtown Albuquerque. During her eight years at the helm, there was over $400 million of investment into the heart of the city.  Her most recent role as Director of Public Affairs and Communications with The Coca-Cola Company brought her to Texas in 2010.

She currently serves as an at-large appointee to the CPS Energy Community Advisory Committee. In 2016, the San Antonio Mayor appointed her as Co-Chair of the Parks and Recreation Bond Committee. The sub-committee was successful in allocating $114 Million for capital improvements across the city.

Her personal mantra is: Kindness is a simple act of respect.